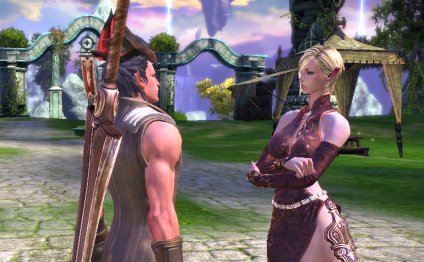 The Hands of Velika spend their resources on the Valkyon Federation’s war effort, but they reward their most loyal members with powerful and unique accessory crystals. Their merchants sell a variety of playful headgear and items that increase your attack speed—great for taking out your enemies before they get a chance to hit you!

Maxing Out Your Hands of Velika Reputation

The Hands do business in the plaza northeast of Velika’s Collegium Arcane. Unlike other factions, the Hands won’t make you do local quests to earn their notice. If you’re strong and willing, they gladly put you to work. As soon as you reach level 60, you’ll get the quest “Hands with Many Hats, ” which takes you to meet Barian, the Hands’ recruiter in Velika. He offers you a new way to help win the war: keeping the needed supplies for weapons and armor flowing. If you accept, Barian unlocks the first daily Hands quests—look for green exclamation points nearby.

You can turn in ten daily quests each day, but only five per faction. The Hands of Velika quests are generally easy for experienced players, but the time required to complete them varies widely. We’ve rated the quests on efficiency below. The Hands of Velika will offer you more quests each day as your reputation level rises. High rep also unlocks new quests with greater reputation rewards!

*Efficiency assumes you must gather raw materials and make crafted materials yourself.

The Hands need materials, from the cheapest metals to the finest hides. If you have a stockpile of crafting materials (or enough gold to buy them from a broker), you can turn in the Hands’ gathering quests immediately for very high efficiency.

Traveling to collect resources drastically increases the required time—the Hands might send you anywhere. Improve your efficiency when you can by taking quests you can complete in zones near each other. If Pegasus rides are too slow for your taste, you can buy teleport scrolls from merchants in capital cities. These scrolls allow you to teleport instantly to surrounding provinces.

The chart below lists the lowest-level area to find each resource. Hide drops off monsters, but as a level 60 character, you won’t get much off lower-level monsters. Monsters in instances, however, will still drop their hides.

Who Are the Hands, Anyway?

Velika burns through the resources the local provinces supply. The city needs materials for its own infrastructure, relief supplies for refugee camps, and equipment for the troops at the front. The merchants, soldiers, and adventurers of the Hands of Velika fill the gaps. Their volunteers scrounge, hunt, or gather whatever resources the city is short on.

A cartel of philanthropic merchants founded the Hands, and they run the group like a business. They take on only proven performers, strive for efficiency, and watch the local market for shortages to fill. But the masters of the Hands aren’t in this for money—they have plenty. Though the Hands turn a modest profit, their real purpose is keeping the war effort—and Velika—running smoothly.

My first character was an archer. I level it for about three weeks. Had I known about Glast Heim back then, it would be totally…