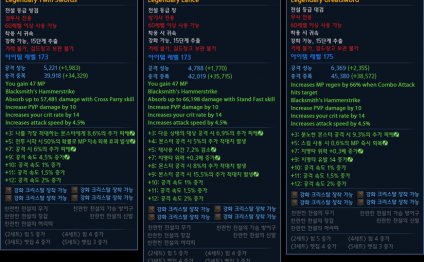 Player versus Player combat, or PvP for short, is specifically for those looking for a more challenging, more dynamic way to test their Tera skills. Not even the strongest BAM can outwit a competent human player. Player battles range from friendly skirmishes to full-on battles to the death!

Why Should I PvP?

Tera's real time combat system emphasizes player skill and reaction time. What better way to show off yours than to engage in highly competitive and engaging PvP?

Or maybe you just want to roam the world, defeating all challengers until someone is good enough to put you down. The most important reason to PvP is because you enjoy it, and everyone can benefit from some level of participation.

How Do I Fight?

When you're ready to explore PvP, it's really easy! Depending on what you're looking for, combat is either one click away or might require a team of like-minded individuals to back you up.

Right-click the player you want to fight and select the dueling option. A duel is fast, 1-on-1 combat that does not result in "death."

Combat begins once the challenged player accepts, and continues until one participant is reduced to 1 HP. Be warned, though, the damage is real, and while fighting another player it's entirely possible to be killed by monsters!

PK is short for "Player Kill, " and works exactly like it sounds. At level 11 (on PvP servers only) you obtain a skill that lets you declare yourself an "outlaw." You can then try to kill any player above level 11. However, when you are an outlaw, any player can try to kill you as well.

Deathmatches are team battles that can be held anywhere. They do not have the area or zone restrictions that PKs have. Select Deathmatch from the Social menu and organize a custom Team vs Team battle, inviting your friends and/or your enemies. You can even put your money where your mouth is and bet gold and items while battling 10 versus 10, or 5 versus 1 to show who is a master "murder machine."

The ultimate kind of PvP is server-wide Guild vs Guild battles. Duels and Deathmatches have their place, but being able to attack opposing guild members on sight takes TERA combat to another level. Only a guild leader can start a battle (and only on a PvP server), but it will take every member doing their part to finish one!

Once started, Guild vs. Guild battles last until 24 hours have passed, one guild scores a set amount of points, or until one guild's leader forfeits. Your guild can be involved in up to three battles at once, but once a battle is finished you must wait a while before fighting that guild again. Both starting and forfeiting a Guild vs. Guild battle require a special item available form vendors in major cities.

Where Can I Fight?

Duels and Deathmatches have no area restrictions. For PK and Guild vs. Guild, you'll need to pay attention to where you are fighting and on what server. Surrounding your compass map are icons that give you information about the area you're in, and if you're in a zone or area that allows PvP.

TERA PvP Brawler vs OP Sorcerer (no chance for brawler)