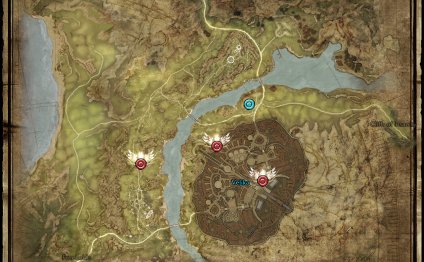 A good woman is hard to find. Either she's threatening a lawsuit because she was denied a promotion. Or she's expecting the taxpayers to subsidize her illegitimate children. Or she's neglecting, even foregoing, children in favor of a career. Or perhaps she wants it all-work, children, love, leisure, and a flexible schedule-making her entirely unreliable.

If women seem confused about what they want, society is even more confused about what it wants from women. Social philosophers have long pondered the meaning of work and its place in our moral lives: whether it is ennobling or degrading, whether virtue requires hard work or hard work inculcates virtue, or whether, in an ideal world, there should be more or less work. But when the worker is imagined as a woman, philosophy goes into a new key and both the questions and the answers are of a different tenor. About women, the questions concern whether they ought to work outside the home, whether they are capable of many kinds of work, and whether tending home, family, and community count as work at all.

Such philosophical questions have always been at the heart of both labor politics and gender politics. Protective labor legislation in the U.S. finally got off the ground with assistance from women's reform groups and widely accepted ideas about women.

In 1908, after years of striking down protective labor laws, the Supreme Court finally upheld a state maximum-hours law because the law applied only to women; and women, everyone knew, needed special protections to fulfill the "benign and noble office" of motherhood to which history had "destined" them. Driven by passionate philosophical views, politics in turn piled shifting layers of contradictory norms and imperatives on women, and created a legacy of inconsistent cultural ideas, practices, and policies.

Let's start with an old chestnut: Is work stultifying, or is it fulfilling and uplifting? [See Alan Wolfe, "The Moral Meanings of Work, " TAP, September-October 1997.] Ask that question assuming the worker is a man and the implied comparison is other kinds of jobs or other ways of organizing work. When the worker is a woman, the implied comparison is with unpaid housework and child care, so the measure of work's effect on the female worker has a different yardstick: Compared to dusting and diapering? Compared to rearing the next generation of citizens, soldiers, leaders, parents? And the question has a different moral valence in a world where many people, both men and women, have thought that women should not do certain kinds of jobs or engage in paid work at all except in dire necessity.

Since marriage and motherhood have been treated as moral obligations of women, if not sacred callings, the question of whether virtue consists in performing disciplined, paid work is shaped by the alternative moral vision of women as guardians of the family and hearth. Probe yet one level deeper and the debate for women is over something even more fundamental: How to reconcile work and womanhood?

You might have thought that issue was settled by the feminist movement of the 1960s and 1970s, or by the sheer overwhelming scale of women's participation in the workforce. But Sharon Hays and Diane Eyer, authors of two recent books on motherhood and work, each make a chilling case that in the dominant scientific culture, biology is still destiny. According to the three gurus of child rearing, Benjamin Spock, T. Berry Brazelton, and Penelope Leach, women are supposed to be selfless, nurturing, and caring, not selfish, competitive, and climbing. "In an ideal world, " Leach wrote in 1989, "no woman would ever have a baby unless she really knew that she wanted to spend two or three years being somebody else's other half." Moreover, mothering is instinctive and what women really want to do, so all the social pressure on mothers to work is unfortunate. From Brazelton in 1983: "We may be ignoring . . . a deep-seated drive in women—a strong feeling that their primary responsibility is to nurture their children and their spouse. It may be unfair to expect a woman to be the fulcrum of her family; but it has always been so, and women feel it instinctively."

Spock, Brazelton, and Leach have not been oblivious to the revolution in women's roles, and they each make stabs at accommodating women who need to work, but less so women who just want to work. The latest edition of Dr. Spock's Baby and Child Care (now co-authored with Michael Rothenberg) uses the gender-neutral language of parents instead of mothers, but gives away the game in suggesting that a parent in the doldrums "buy a new dress" or "go to the beauty parlor" to get some relief. In the revised edition of Infants and Mothers, Brazelton acknowledges that he may have inadvertently "added to mothers' feelings of guilt when they were not able to stay at home throughout the first year" (note that he doesn't say "unwilling to stay"), but then he whipsaws them back into guilt: "an understanding of the importance of their role as mothers . . . should help them see mothering as a goal that is as important as anything they can achieve in their professional lives." Leach, too, pronounces raising a child as "more worthwhile than any other job." It may seem like the child experts are asking very little of women, just a couple of years at home with each child. But the routine interruption of a woman's career required by the experts' advice is so taken for granted that it barely rates a mention. In their assertions of the priority of motherhood over job, they simply assign women different life possibilities than men. Moreover, though the advice may seem slightly archaic in 1997, the books by Spock, Brazelton, and Leach are the three top-selling child-rearing manuals, and they create a reservoir of guilt even among today's women. Just glance through Parents, Working Mother, or Redbook to see how much effort they devote to helping women cope with that guilt.

Sharon Hays calls these child-rearing manuals "hesitant moral treatises, " though it's hard to see from either her or Eyer's reading of them what's so hesitant about them. They are, as Hays argues, moral prescriptions for appropriate child rearing and womanly behavior. They condemn impersonal, competitive market relations—paid child care, for example—and glorify women's unselfish love, relinquishment of personal goals, and, of course, financial sacrifice. The soul of a woman is a giving soul. If she gives at the office, she'll have less to give at home. In the eyes of child-rearing experts, a woman who works while her children are young, who cannot turn off her career interests and aspirations, or presumably, her desire for the luxuries her earnings afford, is morally stunted.

Enslaved by conquering giants and freed many centuries later by the goddess Kaia, the amani value freedom above all things…