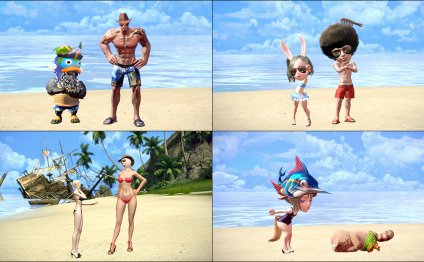 It's unclear if the mobile game will also be an MMORPG, but Bluehole has said that it will run on Unreal Engine 4 that will help it "boast rich graphics reminiscent of the original game."

“I am thrilled to be partnering with Bluehole to publish the mobile version of such an influential game TERA beloved by players around the world, ” said Jiwon Park, Representative Director and President of Nexon Korea.

“We look forward to working with the Bluehole team to execute a winning publishing strategy for this new, high-quality title.”

“We know that expectations are high for T2, " said Gangseok Kim, Chief Executive Officer of Bluehole.

"Our partnership with Nexon, which has deep knowledge of the global game market and experience in making great games, will ensure that we meet and exceed these expectations by delivering an engaging experience to mobile gamers.”

T2 is expected to launch worldwide on both Android and iOS, with a soft-launch planned in South Korea in the second half of 2016.