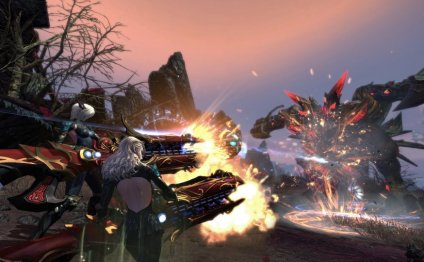 Marda crouched behind the anvil stump, trying not to draw attention before she was ready to act. The air was thick with smoke, but only some of it from the banked coals.

Her father once told her, “If you ever see orcans, run. But if you have to fight, make sure they remember you.” He was dead on the ground in front of her now, with a pair of crude orcan axes in his back. In any event, there was nowhere to run. The village was burning, and the screams of her neighbors were an eerie counterpart to the guttural, barking laughs of the raiding party.

They'd been turning horseshoes when the attack began, and the latest one was still red-hot on the ground next to his outstretched hand. The tent flap moved in the slight breeze, teasing the hot metal with every pass. A few loose threads had already burned away, but it wasn't time yet.

They needed to get closer.

Marda flexed her hands in the reinforced gloves she and her father used in the shop. The other apprentices refused to even try a pair, but she'd spent most of her childhood watching him reach directly into the forge to grab stock, and if it was small enough, bend it into shape without using a hammer.

And Marda was definitely her father's daughter.

The gloves were huge over her small hands, but wearing them filled her with confidence. She balled her fists, and felt the power of the forge sing inside her.

An orcan shadow edged into the tent, and Marda tensed for an attack. With no armor, she'd need to be fast, and match the raiders in ferocity, if not brute power. When it moved in and bent to reclaim its axes, she exploded from behind the anvil, upending the coal forge in a spray of fire.

Gathering two fistfuls of searing metal and red-hot coals, Marda stepped toward the shrieking orcan. Her first blow broke off one of its tusks, the next shoved the stump down its throat. With a kick for good measure, she stepped over the downed raider and out to face the rest.

She'd bury her father later. There was work to be done.

Marda braced herself for the impact of the charging basilisk. She had no idea where the orcans had found the thing, or how they'd trained it to attack on command. But their purpose was crystal clear: Distract her while they went after the caravan. It was overkill, sure, but the orcans did nothing small, and she was far past caring why.

Knowing their secrets wouldn't make her any less angry. Neither would beating those secrets out of the orcans' raid leader. There would always be another orcan raid leader, and that suited her just fine.

The basilisk hit harder than she'd expected, and she slid back half a step. Part of her was calculating her next move, anticipating the inevitable orcan attack. Part of her smiled at the excited gasps of the caravan master behind her. But the rest of her was just angry, and that suited her too.

She saw her first fight in her mind, a ring of kids forming around her as she defended herself from chants of “Daddy's Girl, Daddy's Girl.” A well placed rock and a few missing teeth ended that one, but her father's admonition afterward was worse than the fight itself.

No tears, little one. They can only win if you let them. And never. Back. Down.

She saw him lying on the ground next to the first orcan she ever killed, and saw his face with every punch she landed. The basilisk pounced again, but she wasn't there when it landed. Her own rushing attack took it from the side, and it went down in a heap.

“Who's next? Show yourselves!”
She didn't have long to wait. Something hard hit her in the back and spun her to the ground. She rolled up next to the cooling corpse of the basilisk, spitting dust and blood from her smiling mouth.

Marda cocked her head toward the oncoming orcans, readying more boulders to throw—but now completely focused on her, and not their original prey. The merchants were already taking advantage of the distraction to get away. Marda's work was done.

Gathering Gathering is essential to crafting, as a lot of materials you’ll need for crafting are found in gathering. How…