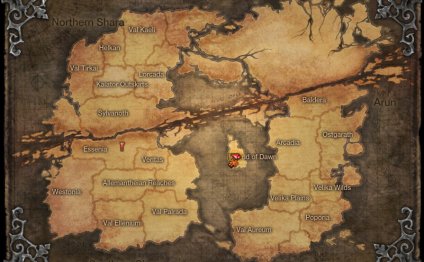 TERA, short for The Exiled Realm of Arborea, is a MMORPG developed by Bluehole Studios and published by En Masse Entertainment/Frogster. Set in a world where a great war has occurred and various areas throughout the lands have been disturbed, witches, hideous monsters, berserk villagers are just some of the vile living creatures to torment the land and bring chaos and destruction. Powered by the Unreal 3 Engine, TERA is one of the first true action MMORPGs where players can perform active hack n' slash/TPS style combat in an open world against massive world bosses and against other players.

Vast Fantasy World: Play seven character races and 8+ classes. Battle hundreds of monsters throughout 80+ zones and embark on thousands of quests in a game world rich in history and lore.

TERA - Gameplay: Fly to the Sky of Arborea