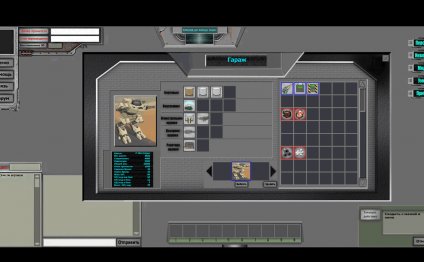 The world of began millennia ago when two titans of unimaginable power, Arun and Shara, met in a formless void. For reasons we can only guess, they fell asleep. And as they slept, Tera took shape around them. If you look at a map of the world today, you can see Arun and Shara—their sleeping bodies became the two continents that bear their names. Centuries passed, and deserts, mountains, rivers, and forests grew upon Arun and Shara. Yet still they slept.

Even for an omnipotent titan, every sleep is a chance to dream. As Arun and Shara slept, their dreams came to life—life in the literal sense. Arun’s and Shara’s dreams coalesced into the first living beings to call Tera home. These first creatures, twelve in all, had godlike power. Yet it wasn’t long before schemes and rivalries emerged and the gods were at each other’s throats.

All the while, Arun and Shara continued to dream, and their new dreams took shapes familiar to the gods. These new creatures—the mortals—were far more numerous, but far less powerful.

In time, the twelve gods would go to war—first against each other directly, and then drawing the mortal races into their battles. These divine wars left most of the gods dead, imprisoned, or otherwise diminished.

The mortal races didn’t escape unscathed. Some—like the Sikandari, and most of the Giants—were wiped out. Others—like the Baraka and the Castanics—emerged from the conflict itself. And as TERA begins, the Humans, High elves, Amani, Castanics, Baraka, and Poporis have banded together…

…and together they’ll fight a menace from beyond their world: the Argons, a metallic race from the Underworld. Unless stopped, they’ll destroy Arun and Shara, and then the dream will end for everyone.

When the Island of Dawn rose from the sea, the entire world stopped and took notice. Located off the coast of Arcania Province, the island is home to mysterious ruins, lush plant life, and abundant and hostile fauna. No one knows what secrets the island holds, but that hasn't stopped everyone from trying to find out.

An enormous gap isolates the island from the coast—a great ring of waterfalls where the hulks of ships jut out like great skeletons. Mysterious beams lance into the sky, and an enormous floating tree dominates the landscape. Clues and hints abound, but the ruins offer few answers.

The Valkyon Federation called upon Elleon, a skilled soldier and prefect, to lead a mission to explore the Island of Dawn and uncover its mysteries. The finest minds and the bravest troops were dispatched to the island. They encountered swarms of guardian spirits, strange cultists, and terrifying demons. Twisted by Karascha’s will and power, the island's denizens turned on the Federation expedition and slaughtered them.

Now the Federation is in a race. Who will be the first to claim the island's secrets, and its power? Orcan warlords gather their forces, cultists scheme to reach their own dark ends, and the demons bring their infernal might to bear. As the Federation reinforcements arrive, will their skill and strength be enough to snatch victory away or will they, too, face their doom?

You are among those chosen. When the call came to return to the Island of Dawn, you didn't hesitate. The days of training are done, but the battle for TERA has just begun!

Castanics inspire more conflicting emotions than any other race in the federation. Clever and skilled, castanics are also…