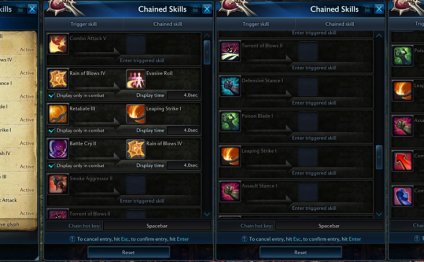 Exploring in TERA is really simple compared to touring some other MMOs. There's no wandering around looking for waypoints or flight paths; TERA automatically unlocks new major destinations based on your level. This makes it extremely convenient for people to adventure into parts unknown even without the aid of a breadcrumb quest to lead them there. MMO purists may prefer doing things the old-fashioned way, but I'm a big fan of being able to easily access level appropriate zones without hassle.
If I were to make one complaint about TERA's world design, it would be that cities are overly convoluted. There's a lot of excess zigging and zagging that can make traveling through cities a much bigger pain than it needs to be. I understand that teleportals are there to make navigation more efficient, but if you prefer to run/ride from point to point when in a major city as I do, TERA's city design can feel cumbersome. Look at the map for Velika and you'll see what I mean.En Masse has also abandoned any sense of immersion that might be possible with its insane cash shop offerings. Nothing breaks the illusion of a gorgeous fantasy universe like seeing a character go speeding by in a police car. Personally this stuff doesn't bother me all that much as I'm more into mechanics than lore, roleplaying, or universe building, but I can imagine it being a big turn off for people who take their MMO worlds seriously. I suppose you'd have to play the game for yourself to determine whether it's a deal breaker.Overall, though, I'd have to say exploring in TERA was a very rewarding way to spend a couple of hours. Other games with open worlds might want to look to TERA for inspiration. The game definitely isn't afraid to take chances with its aesthetic.

Warrior is a much different class from Lancer, the only other class I've played in TERA. With a Lancer, it's all about the plant - you plant yourself in one spot and dish out damage in between blocking big hits. Warriors don't like to plant. Warriors like to move. It's an entirely different playstyle that took some significant adjustment. The Warrior combo system is also more intricate than the Lancer's, with a bunch of abilities that need to be strung together very quickly and secondary combinations to use if specific abilities proc or don't proc.

Warrior requires a focus I don't usually have to give to MMO combat. Unless I'm raid healing or running a hard mode dungeon, most of my other MMO time can be spent glancing between the game and whatever show I'm watching on Netflix. TERA in general and warrior specifically offers me no such luxury.

If I'm not actively paying attention to the events on-screen down to the very second they're occurring, I'm likely to get stunned or knocked down or smashed in the face.TERA's action combat is pretty much its core selling point. If I wanted to explain to someone what TERA is in just a few minutes of gameplay, Warrior is probably the class I would select. It showcases everything that's good about TERA while also demonstrating that there's a serious skill component even to PvE grinding. I'm not going to say that TERA's combat is so dynamic and fluid that questing is particularly challenging (this is an MMO, after all), but the skill requirement and active nature of the gameplay definitely make it feel unique. Grindy, but unique.

I'm excited to keep practicing my Warrior skills as this CMA goes on. Hopefully I can reach a point of basic competency.

I've got lots to do and very little time to do it, with only two weeks remaining to play and one of those weeks rudely interrupted by PAX South. That said, I should still be able to get at least a few hours of TERA in before the month comes to a close.

Mike Foster is putting you in the driving seat of Choose My Adventure, the Massively column in which you make the rules, call the shots, and take the blame when things go horribly awry. Stop by every Wednesday to help Mike as he explores the ins and outs of games big and small and to see what happens when one man tries to take on a world of online games armed only with a solar keyboard and the power of spellcheck.