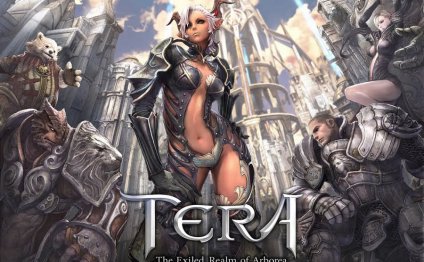 TERA (full name “The Exiled Realm of Arborea”) is a Korean MMORPG that is being published in the United States by En Masse Entertainment, and in Europe by Frogster Interactive Pictures. It is a promising game with a number of interesting features: a combat system reminiscent of action games (cross-hair aiming, dodging, and blocking), an intricate political structure, Unreal Engine 3 graphics, and more.

The game offers 7 distinct races and 8 classes to choose from. Significant character customization is offered, both during character creation, and later on in game through armor dyes and remodeling. Besides appearance, players can further customize the abilities of their character by equipping Glyphs (which modify skills in different ways) and socketing crystals in armor and weapons in order to boost their stats.

Preorder TERA Online from any retailer and you will get access to all five closed beta tests during February, March, and April, as well as a headstart which begins on April 28th.

In addition, pre-purchasing TERA from the En Masse Store or Amazon will get you the following:

Besides the Standard Edition which includes 30 days of game time, the game is also available in two premium editions – digital and physical – which contain some nice extra content.

The Digital Collector’s Edition comes with a price tag of $59.99 ($10 more than the Standard one) and includes the following in-game items:

It is available directly from En Masse, which means you will receive the pre-order benefits, too.

The physical Collector’s Edition of TERA Online will set you back $79.99, but you will have the following collectibles to show for it:

You can pre-order Tera CE at Gamestop and Amazon. It is also available directly from En Masse, in continental United States only. European gamers can find the same 3 game editions for their region on the official TERA shop.