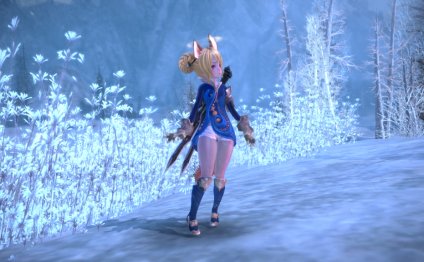 Well its true, a guide should never show How you should play the class.


Well it should give you advice on what are your main Skills and how you should use em and in what combination they're good with. (I once saw a Slayer in FI Auto Attacking last Boss for like 80% of the fight and was just like "Okay we all have manaproblems but really?"..., wish he would have readed an Guide with Rotationadvice)

However it should give advice with which you will not just plain do the total wrong stuff as newbie and after you learned the class a little you can change the gameplay to your likings as far as the class allows it.

But a lot will reroll on Slayer, just because he is op, and that suck


I already see many Player reroll/switch to their old Slayer. Many suck so hard at the moment, it hurts me to see em and im ashamed that theyre playing the same class as me. Many dont even suck because they're too new to the class but simply because they roll their Gear and stuff so wrong... its impossible to do smth else than...ya suck. Doing my best giving em some tips if i see an terrible Slayer but ya, some prefer being dead weight.

We will see in March and after that when talentsystem hits.I'm not looking forward to the talent system 'cause of how underwhelming it looks in comprarison to other classes' (mystics get shafted as well, what a surprise ) Nearly every class get stun duration increases while slayer doesn't. Surely this is from a pvp perspective, but this game is not pve only(whether pvp is alive or not is a different issue I hope none bring this crap up)...