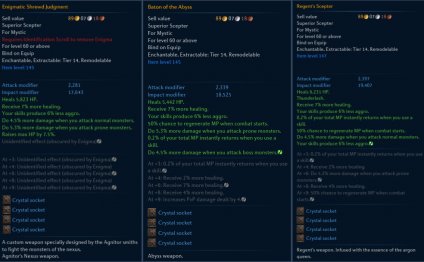 TERA’s fourth instanced dungeon is the Necromancer Tomb. This dungeon is meant for a full group of five characters, though particularly skilled players might have success with fewer players of higher level. There are three “required” bosses in this dungeon, with an optional fourth. This dungeon is accessible through the Instance Matching system for characters levels 41-47.

The diabolical god Thulsa has corrupted the hero Kaidun, and their combined forces have wrested control of an important research facility from the Valkyon Federation.

While the dungeon proper is accessible to any character level 41 or higher, to get the full experience you’ll want to follow the Allemantheia plotline. These quests began at level 38, and put you in close contact with the enigmatic high elf leader Fraya.

After your arrival in Allemantheia, Fraya sent you to investigate disturbances at a northern fortress. Both the garrison commander and agents of the Mysterium reported problems with magical defenses in the area, and your investigations revealed a plot hatched by the resurgent Atel Akaad.

Fraya then sent you to investigate a rebellion in Westonia Province. Reports stated that Kaidun, a well-respected commander, was responsible, but Fraya refused to believe it possible. Harule, her agent in Acarum, shared her doubts, and sent you into the thick of the rebellion to take out its leaders.

Through your efforts, you cleared Kaidun’s name (mostly), but there was still the nagging question of where the former champion had gotten to...

This section will walk you through the main encounters and quests leading up to and inside the Necromancer Tomb. The tactics presented are suggested by players and draw on extensive play experience, but are not absolute guarantees of success. As with all things TERA, player skill and a healthy amount of common sense are what you’ll need to win—but we’ve compiled a few tips to help you.

1. Not Good Enough for Now

Fraya is pleased by your report, but upset that you didn’t find her dear friend Kaidun. Harule and Georiff have a feeling he’s somewhere in the citadel south of town, which used to be a research facility but is now completely overrun by monsters. Small groups of soldiers are embedded at various levels of the facility, and they can use any help you can give.

2. Take Down the Clowns

The soldiers at the first camp don’t know where Kaidun is, but believe the jesters on the fourth floor of the citadel are running the show.

After a few well-placed stabs, slices, chops, slams, shots, and/or blasts, you have the information you need. All signs point to Kaidun being held in some sort of tomb in the basement, but no one at the camp is familiar with it. The Mysterium’s senior agent Lastair is down there, however, and he likely knows more.

There are a lot of enemies between you and Lastair, but also a few friends and a network of teleport masters.

Lastair doesn’t know anything about a tomb, but there is a shield they’ve been unable to break surrounding a teleportal. Lastair thinks it might have something to do with a menhir they found, but all of their efforts so far haven’t been able to crack the shield.

Touching the rock, you get a vision of the goddess Mystel, who reveals the truth behind Kaidun’s “betrayal.” The shield drops and Lastair sends in the troops, including you.

Of course, you might also want to pick up some work on the side...

NOTE: this quest is only available to characters level 41 and higher who have finished the previous quests in the storyline. While these steps specifically reference the quest, the boss strategies are the same whether or not you have the quest.

When you arrive at the teleportal, there’s no sign of the advance group Lastair mentioned, but also no signs of an “impenetrable shield.” Inside, you find that tricky elf has beaten you there, and rescued one of Kaidun’s lieutenants, Behrohz.

Behrohz tells you that Kaidun led their strike team down here to find the Core, the legendary power source of the elves, but they discovered too late that it was a trap. He also tells you that some dark force seized his will, and the last he saw, Kaidun was captured and taken away by Ksharans. His brother Akkhan was scouting farther ahead, but as he’s barely strong enough to stand, he asks you to go look for him.

With what may be his dying breath, Akkhan tells you that a particularly powerful eldritch reaper calling itself Trayzadius led the forces that captured his squad.

Get ready for a boss fight like no other. As soon as you round the corner, Trayzadius charges. And it’s not just soldier-types he wants to kill. In fact, this boss has a serious mad on for healers, so your tank will be hard pressed to keep him away from their tasty HP.

If you came straight to the dungeon from the surface, you might be curious what’s going on with the floor. If you fought your way down through the hallways, you’ll know that those are spike strips, and they hurt.

A lot. At periodic intervals, Trazaydius will break aggro, charge to the center of the room, and listen to the screaming. The good news is that the spikes don’t belong to the boss, although he does know how to activate them. The better news is that if you can pull or knock him from his safe zone into the spikes, they’ll do a lot of your damage dealing for you.

All that being said, there’s no information more important in this section than the following advice:

Do Not Chase Trayzadius Around The Room!

No matter how hard you try, Trayzadius is going to run—and run fast—at any healers in the room. Ranged damage is incredibly useful in this encounter, as are stuns and knockdowns if you can land them. But if he gets away from you, trust your tank to handle him. Your best chance of victory is when you...

Fight Near The Spikes!

It sounds crazy to stay close to something that can kill you so very dead, but that’s how you’ve got to play it. If you’re not the tank, head to the back wall as fast as you can, and stay there. If you try to pull Trayzadius toward the half of the room without spikes, he’ll get bored with your efforts and return to the center of the room...

with all of his HP.

Keep up the damage, use liberal stuns, avoid the spikes, and Mr. Pointy will be dealt with before you know it.

Once Trayzadius is down for good, more of Kaidun’s troops appear from concealment, and relate that Kaidun himself is lost. He was transformed into a monster by the diabolical god Thulsa, and kept that way through necromantic devices.