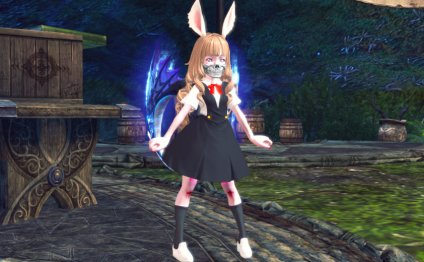 Glyphs are minor skill enhancements players can use to customize their TERA experience. Starting at level 20, all characters are given ten glyph points—enough to improve several skills, depending on their class. As characters progress, they will gain an additional glyph point every time they gain a level, to a maximum of 55 points (at level 65).

How Do I Use Glyphs?

To activate a glyph, open the Skill window (K), mouse over the one you want, and left-click. Glyphs with a lock symbol either are not available for your level, or must be obtained through a separate process. Once you spend the indicated amount of glyph points, activated glyphs “light up” on both the Skill window and in the skill’s tooltip. To deactivate a glyph, left click it or use the “Reset Glyph” button at the bottom left corner of the window.

What Kinds of Glyphs Exist?

Glyphs are named for their effects, and glyphs with the same names share similar effects. A longshot glyph, for example, increases the effective range of a skill, while an empowered glyph increases its damage. A selection of useful glyphs (and an overview of all skills) is presented for each class in their respective game guides.

There are also improved glyphs available for many skills. Unlike the basic selections, these must be specifically obtained through gameplay and then learned by your character. These improved glyphs often have reduced point costs and expanded effects, and are available as dungeon and quest rewards at higher levels.

Overview The Scions of Lok have concentrated their forces in a remote desert temple, where they plan to resurrect fallen…