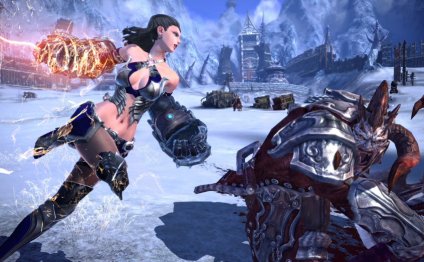 The expansion will enable players to explore the "mysterious continent" of Northern Arun for brand new challenges, zones, dungeons and enemies. Via an "epic new storyline" that promises a "myriad of new gameplay enhancements" - including simplified enchanting and the ability to fuse unused crystals into bigger, more powerful ones - players will be tasked to "break the siege" of the Archdevan Imperial Army.

This free expansion - coming for all players through the TERA website and Steam - also features an increased level cap of 65, all-new class skills and a new battleground for competitive PvE.

For a limited time, all TERA players will also be able to log in and obtain the Northern Initiative Pack for free, too. The pack boasts rare potions, stamina-restoring campfires, buffing charms, Fate, and the "exclusive HP-restoring white tiger mount". Be quick, though - this deal's only good until Fate of Arun releases on December 16.