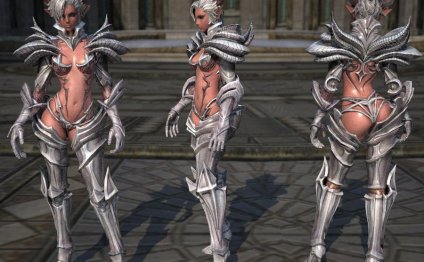 Coming Together by ZeoDavari I m not good at writing summaries. This story is (literally) about departing from my old guild and making one of my own. Includes humor and a bit of a plot.

Two Brothers On A Journey by Tofin Ummm this is my first time using Fanfiction so I'm new on most things but what you're about to read are Tera mini-episodes that I've decided to do recently with my two characters; Tofin and Phantasy Star! (I loved the games) There will be other characters shown around but like I said, these are mini clips if you will and the focus will be set on these two. Hope you enjoy

A Slice of Arborea by ThrustingTurtlez The Argons have been defeated. Arborea is once again in a state of peace. Well, y'know... mostly. Life is more or less back to normal, and for some, it's hard to tell it's really ever changed. (Characters are based on those made by myself and friends in TERA)

Memento Zolyn by Planeshunter reviews A war hero reflects bitterly about her past deeds. One-Shot.

TERA Online: Fate of Atlancia by manga.matterx reviews A fanfic of a player I have met on the game, with their avatar interacting with one of my own ; Will be many shorts with tsundere and yandere actions o 3o

Poppy Clan by Gran.Poppy The history of the Popori Poppy Clan and their adventuresRelatively Reliable by DareIAsk reviews (Constructive Criticism Welcomed) - Oneshot: Right outside of the VFHQ, Officer Grongkak contemplates the odd character of his partner, with whom he is trying to share some rather exciting news...

Finding Home by The Unknown Smile reviews He woke up in an unknown world, only having a friend to guide him through the bloody nights. He got along well in this world, having the help from his friend. But, all good things have to come to an end eventually. No one can live in paradise forever.

Alone by The Unknown Smile reviews Impact, an elf slayer, and Snowfoot, a popori archer, are separated from their group after Impact oversleeps and Snowfoot is unable to wake him in time. The two set out on an adventure to find and rejoin their group, only to gain new friends, scars, and memories. No one ever said it was easy traveling across the land in search of someone, but it sure is fun in the eyes of Impact.

The Shrouding of Balder by Nitrogen Triiodide reviews A curse has befallen Balder's Eye and the survivors must find their way in the descending darkness.

Ultio Ultionis by June1903 reviews A lone Castanic sets out to end the curse of Balder. Although perhaps, there may be another with the same goal.

The Guardians of Velik by Sengi reviews Mercenaries of diferent places meet under a single flag, what shall the outcome be for the mercenaries who cross path on this guild?

The Weaponmaster by Vicarious117 reviews The story of an Aman and his two companions on their first visit to the Island of Dawn, during the tragic 1st Expedition. Story is based in the world of TERA, no category for it yet however, so it's "Misc" for now .