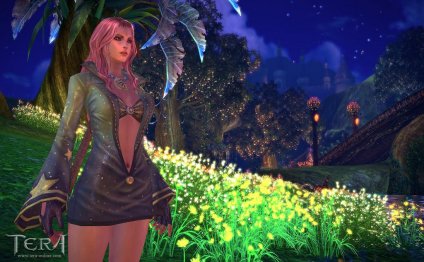 Guild Wars 1 if you classify that as an mmorpg. The group dynamics were superb in that game, the buffs and debuffs and countergame was so damn well executed. Laying waste to people using meta builds is really rewarding too, using your own builds and far outplaying them. The energy/mana system was brilliant too, encouraging constant watch over it and making mana drain more important than it normally is.

If not, PlanetSide 1. People actually used military tactics in that game. Been ages since I played PlanetSide 2, but I am sure it has improved quite a bit.

As for the options in the poll.

Guild Wars 2: Spammy floaty combat with no resource management, dumbed down buffs/debuffs to the point of tedium, zero oomph, hilariously imbalanced towards Berserker (go berserker or get out), low skill ceiling even for mmorpg standards, no viable role outside of dps, dodge roll ends up being nothing more than a without fail get out of jail card making the game even more shallow. The only good thing I can say about this combat system is the combo field system. I let my friend try this game and I gave him my build. Despite having never played it, he was killing everyone with ease just because he had an OP build. This has NEVER happened in any other combat centric MMORPG showing how hilariously bad the combat system is.

TERA: Played as a lancer, hated it, it felt like an awkward hybrid between action and hotkey.

WoW: Easily the best battle system of a traditional post 2004 hotkey mmo. Skills feel satisfying to use and everything just feels right.

T.E.R.A The Exiled Realm of Arborea: Inside TERA: Combat ...