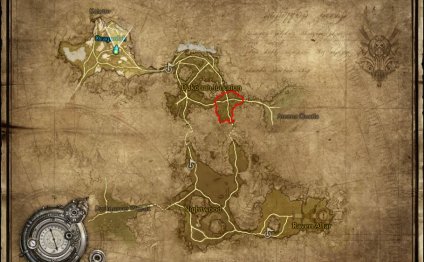 Leveling isn't something that just happens - you will need to complete quests, defeat enemies and increase your XP in other ways before you get the chance to level up.

Your Lancer, like other classes in Arborea, will be able to reach Level 60 over the course of intensive play, but in order to reach that impressive position you will need to understand how leveling works, how to quickly achieve key levels (such as the Glyph unlock at Level 20) and which quests, missions, objectives and goals you should be completing.

Within The Exiled Realm of Arborea you will find several storylines to interact with. The first is your own story, that of the Lancer and the people he or she meets while completing the second storyline, the one that drives the overall action and direction of the world.

General Leveling Tips
Different ways of getting to the higher levels as quickly as possible are available in TERA.

The first thing you should do is ensure that you have complete control over your Lancer's abilities, which basically means familiarizing yourself with the controls and adding skills to the shortcut bar as soon as they are available.

You should also make sure that you understand the minimap and use this regularly in conjunction with the quest tracker. Remember that many quests can be collected and claimed on a zone-by-zone basis, so focus on completing these at the same time. Also reduce time on any distractions such as beating random beasts that are not part of quests, unless they attack first.

Among the dropped items that you can collect in Arborea are useful tools for getting about. These teleportation scrolls are ideal for jumping between settlements or taking a quick route back when your chosen quests are complete. Note, however, that the scrolls can only be used once. Also avoid using them while at a camp with a teleport device, which will transport you for a small price to any nearby locations.

Be aware that some quests are repeatable, but that these don't offer a particular useful XP boost. If you are looking to level up fast, you should only complete these quests the once, and then move onto others.

There are two schools of thought on whether to play with a team or solo if you wish to level up fast. There is little time difference between the two methods, however, although you might find that being in a group slows things down when quests are presented and claimed, etc.

You will know that there are two types of quest in TERA. The "red quests" EXPLAIN should be given preference as these reward your Lancer with great XP and gear. Some "yellow quests" EXPLAIN can also be chosen based on their rewards, but if you're looking for quick leveling, be selective when it comes to the yellow quests.

Always check how much XP will be awarded when you complete quests before accepting them. After, say, Level 8, you shouldn't accept anything that is under 1000 XP; killing Level 7 or higher beasts will give you around 400 XP at this stage, so there is little point wasting time on low-paying side missions unless they have a particularly useful item.

From Level 20 onwards, no real plan is needed - you simply follow the red quests and their paths will lead to dungeon instances, with combat and the achievement of completion enough to level you up as you progress. However for fast leveling from Levels 1 to 20, you will need to make sure you choose the right quests, those with a high XP reward.

XP Through Level 1-10
The quickest way to progress from Level 1 is to complete the Unrest in the Forest mission, which requires you to kill four Ghilliedhu, tree-like creatures, with a "hand clap" method of attack. Remember to take the defensive stance when they full both branch-arms back.

Level 2-4: Completing Dwellers of the Island and Getting Some Answers at the same time should progress you from Level 2 to Level 4 in a matter of minutes.

Level 4-5: Completing Secret Life of Trees and Horne Horrors as you explore Island of Dawn will deliver enough XP to reach Level 6.
Level 5-6: Academic Theft is a basic collection mission that takes just a few minutes to complete.

Level 6-7: Garrison in Distress: this is another single mission that can be quickly completed.

Level 7-8: Things begin to take a little longer at this stage, as the required XP to level begins to increase. The red quest Elleon's Fare is vital to complete, with It Was a Rock Crawler and Gotta Kill 'Em All strategically positioned for you to gain extra XP.

Level 8-9: Live By the Sword is the red quest that will progress the storyline and deliver a big chunk of XP your way. By now you should be checking the XP available on quests and deciding whether to take them or not - for fast leveling, as explained above, don't take anything under 1000 XP. Acharak Attacks is also worth completing thanks to its high XP reward, but you will need to team up with other players for the quickest completion of this quest. Twice the Bark, Twice the Bite and Essence of Foreboding should be attempted.

Level 9-10: Reaching the key stage of Level 10 can be done by attempting the two simple gorge area tasks Into the Gorge and Clearing the Gorge, before completing Sorcha's Reckless Challenge. This is quite different to usual missions, requiring you to take your Lancer through a portal and defend Sorcha for 7 minutes against several waves of the creatures you will have already encountered on the island. This is easily achievable and shouldn't cause any major HP or MP hits until the final wave. Note that smaller creatures are sent as foot-soldiers - Sorcha's colleagues should be able to deal with these, but it doesn't hurt to give them a hit with your lance as they progress. You should focus on the larger enemies, however.
The red quest A Clue in the Dark should also be completed by this stage.

Level 10-11: After Level 10 you should find that the game starts to open up in new ways. One of these is the acquisition of a mount at Level 11. You can reach this by completing Strange Attractors and Pain Disc-overies, missions in the dark Tainted Gorge zone which is the location of the battle in the game's prologue. You'll also see the repeatable Bequest of the Dead quest to push your XP up if you're lagging at this point.

The goddess Velik takes a special interest in the federation and its heroes. Today, Velik announces a Grand Hunt, to celebrate…