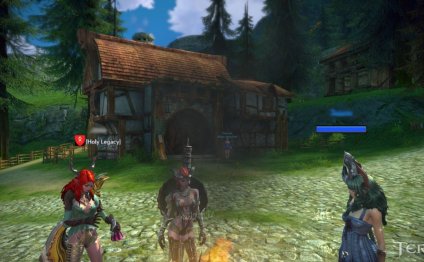 The Obama administration announced today a comprehensive set of federal activities and a call to action to the global community to combat the rise of multidrug-resistant tuberculosis (MDR-TB) around the globe.

Everyday more than 4, 000 people die of tuberculosis (TB), an airborne, transmissible infectious disease caused by Mycobacterium tuberculosis (Mtb). More than two billion people—about one-third of the world’s population—are thought to be infected with Mtb. This year alone, more than 480, 000 people will develop multidrug-resistant TB disease due to strains of Mtb that are resistant to the most effective TB drugs.

Fewer than 20 percent of people with MDR-TB receive the drugs they need to combat the disease and of that less than half are cured. This is due to under-resourced public health systems in a variety of countries, inaccurate diagnosis, and inability to access or complete treatment with appropriate drugs, and it not only leads to preventable deaths, but to the further transmission of MDR-TB and the development of extensively drug-resistant TB (XDR-TB), which is nearly impossible to treat and is often fatal. This disease doesn’t just cause illness and death, but has great impact on individuals, families, and even national economies. Our understanding of the implications of MDR-TB are still evolving, but we already know that an average TB patient can lose up to 4 months of work and up to 30 percent of his or her annual income. In some developing countries, TB is estimated to decrease gross domestic product (GDP) by 4 to 7 percent. Given the length and toxicity of the treatment required to cure MDR-TB, the economic impact for these patients would be even greater.

In the National Action Plan for Combating Multidrug-Resistant Tuberculosis, the Administration outlines domestic and global activities the United States and other partners will need to take to address the growing threat. The goals of the National Action Plan, including strengthening domestic and international capacity and collaboration, and accelerating research and development to combat MDR-TB are consonant with those of our global partners, including the World Health Organization and the Stop TB Partnership.

Although the United States Government has a key role to play in combating MDR-TB, it cannot do it alone. Over the next five years, the U.S. Government will work with members of the public and private sector, affected countries, non-government organizations, and global partners to meet the goals identified in the National Action Plan. The Administration is committed to continued engagement to stop the spread of MDR-TB and to save millions of lives. USAID will host a launch event January 7, 2016, to provide stakeholders a direct opportunity to engage with government officials working on implementing the National Action Plan In addition, USAID will continue to lead the U.S. Government’s international efforts to ensure individuals with MDR-TB have access to effective diagnosis and treatment. NIH will continue to engage the research community in workshops and conferences to discuss the state of the science in TB and identify knowledge gaps that need to be addressed through biomedical and clinical research. CDC will continue to engage with state and local partners and international ministries of health to raise awareness and enhance strategies for TB prevention.